FREMONT, OH – According to a press release from the Fremont Police Department, officers were dispatched to a residence Sunday evening in reference to an unresponsive female.

Upon arrival, Fremont PD found a woman deceased in the apartment. According to the department, Fremont Police Detectives were called to the scene to investigate and the Lucas County Coroner’s Office was contacted to transport the woman so they can conduct an autopsy.

Initially there were reports of a shooting, but Ty J. Conger, Captain of Operations for the Fremont PD, said there hasn’t been any evidence of a shooting or foul play at the time of the press release.

Some in the community are wondering if the cause of death was a drug overdose.

No other details were available as of Sunday evening.

Read the official press release below: 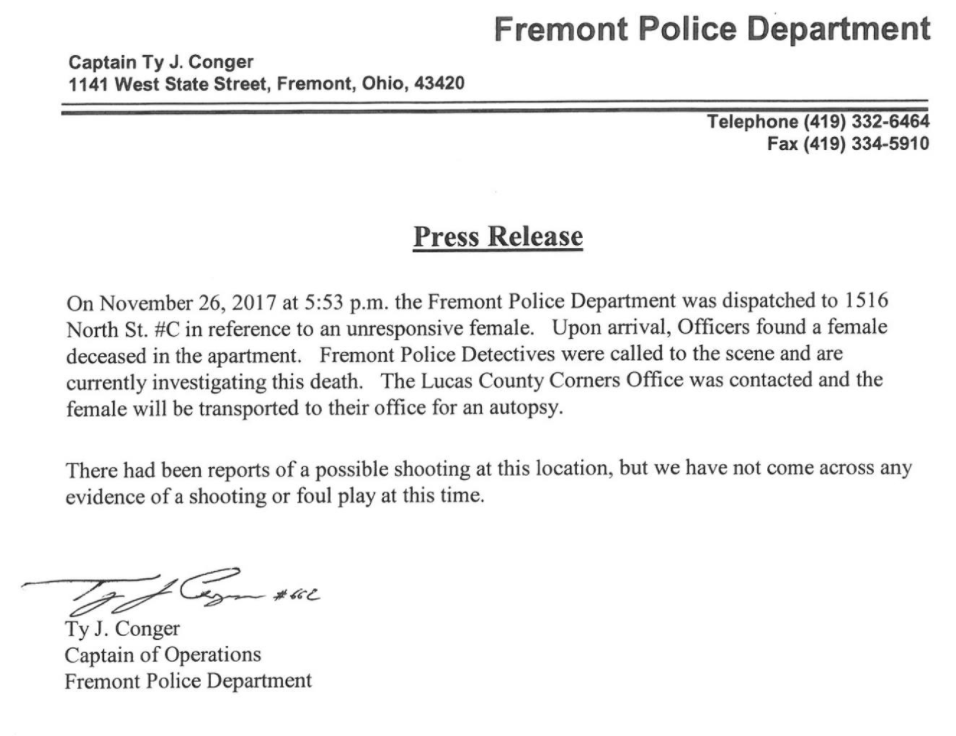