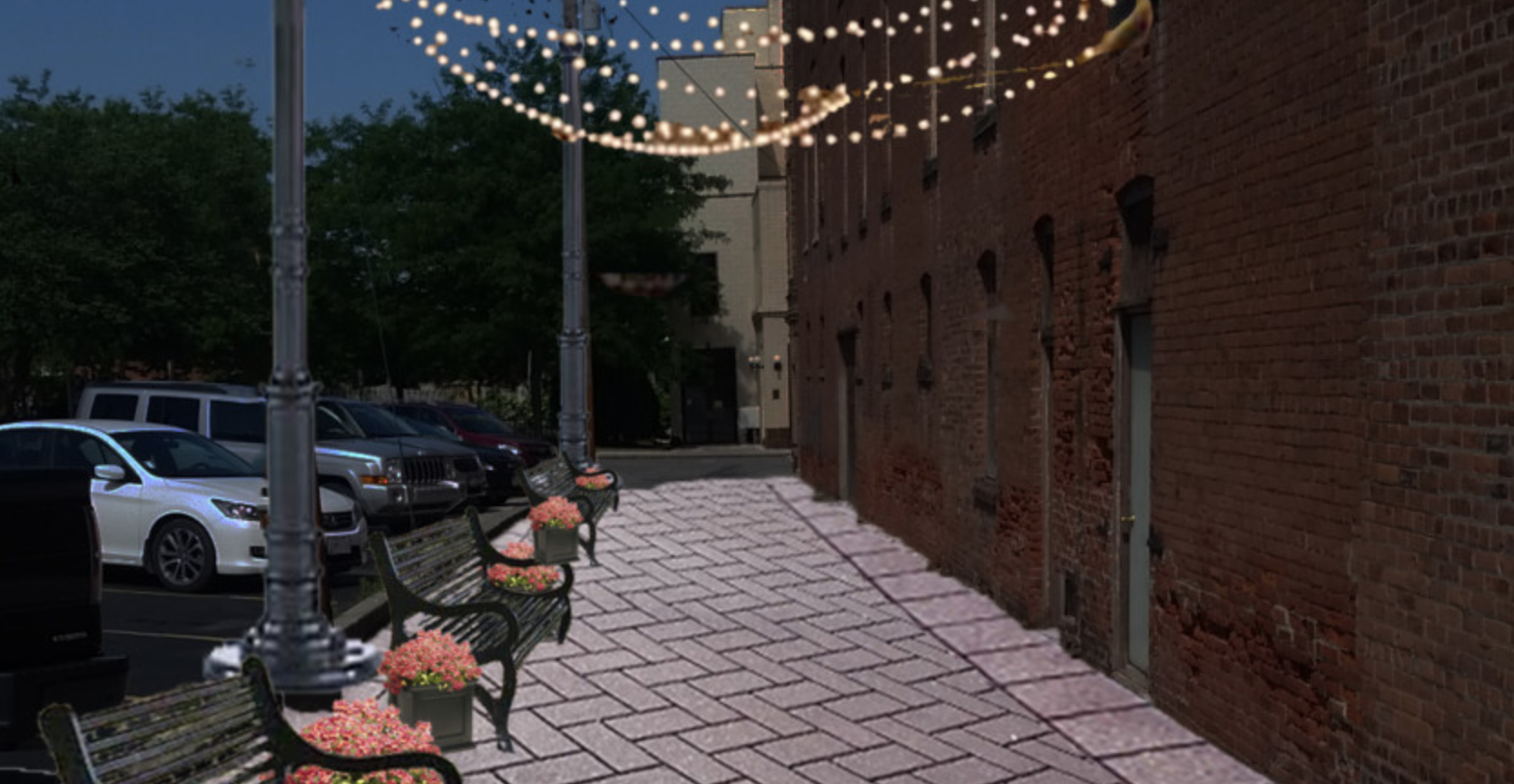 The city received two grants, $40,087 from the Meshech Frost Charitable Trust and $30,000 from the National Machinery Foundation, which will cover nearly all costs associated with the project.

“Thanks to the support of our local charitable foundations, we are able to move forward with a project that will transform one of the most used alleys in our downtown into a beautiful, inviting, pedestrian-friendly walkway,” Montz said. “The project will create a safe, well-lit connection between parking and downtown amenities, for both residents and visitors.”

Improvements will include installation of six decorative poles to support overhead string lighting running the length of the alley, a decorative stamped asphalt surface, and benches, trash cans, planters, and bike racks. Detailed design items will be finalized this winter and construction beginning as early as this winter or early spring, with a target completion date before September 2018. Gas and electric utility work has already been completed.

The Seneca Industrial and Economic Development Corp.’s Downtown Design Committee chose the project from the downtown Tiffin strategic growth & development plan, adopted by council in 2016, and has been working closely with the city engineer’s department to plan and fund the project. The plan pinpoints several alleys for enhancement, which will be considered upon completion of the current project.