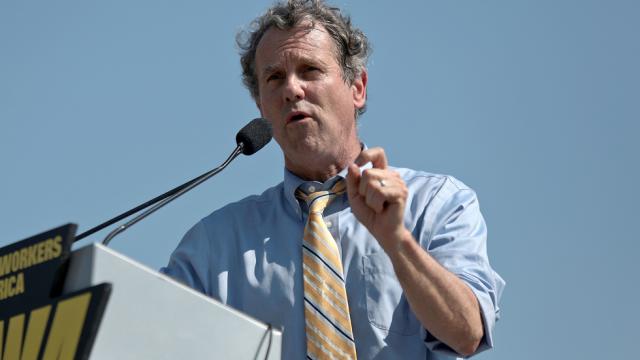 U.S. Senator Sherrod Brown (D-Ohio) said on Monday that he believes members of Congress from both parties need to come together “to ensure retirees can keep the pensions they’ve earned.”

Brown celebrated the passage of the Butch Lewis Act, which he helped get passed with his colleagues.

“Wall Street and corporate raiders squandered these workers’ money. Now their government has a responsibility to keep the promise of the pensions they earned,” Sen. Brown said.

Brown added: “I was at Teamsters Local 377 in Youngstown, Ohio, a few weeks ago and a gentleman named Ed Barker, said to me, ‘We did our part, now it’s time for members of Congress to cross party lines and do theirs.’ I told him: I couldn’t agree more.”