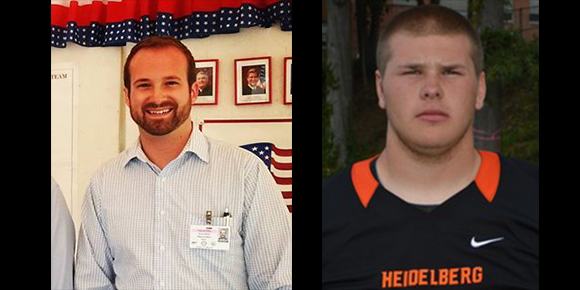 TIFFIN – As we come to the end of another college football season, it’s time to choose who will take home the 2017 SB Nation Piesman Trophy, the award we created to honor the best throw, run, or catch by a lineman.

Watch one of Heidelberg football’s greatest plays of all time

This is your opportunity to participate in that selection, by picking the five plays you think are most deserving of the award. The collective fan ballot will be tabulated along with those from SB Nation’s esteemed panel of voters, and they’ll announce the finalists later this week.

Mayor Aaron D. Montz (R) of Tiffin took to Twitter to advocate for people to vote for Heidelberg’s Brock Riggs for the award, and also encouraged GOP candidates for statewide office to do the same.

Watch one of Heidelberg football’s greatest plays of all time