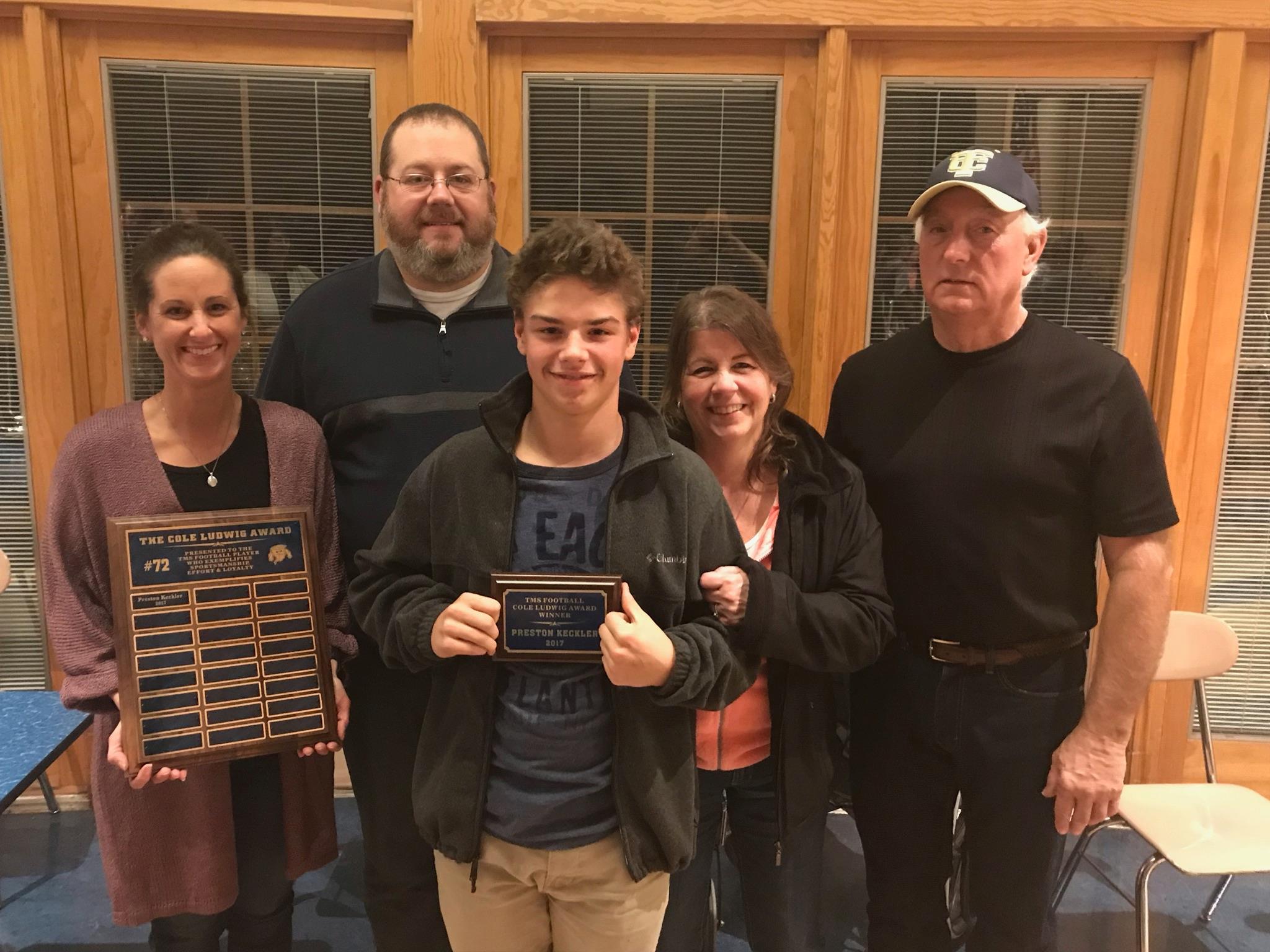 According to Tiffin City Schools, “Preston earned this honor by demonstrating outstanding sportsmanship, effort, and loyalty, all of which were qualities that Cole possessed in abundance.” Preston is the son of Dan and Jenny Keckler of Tiffin.

Cole Ludwig was a 2015 graduate of Tiffin Columbian High School and a scholar athlete for the football team, where he played center and defensive tackle. “Cole was highly regarded and beloved by his teammates, coaches, teachers, and anyone else who had the good fortune to know him,” according to a post made on the Tiffin City Schools Facebook page. 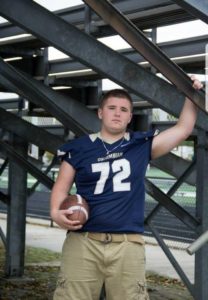 He earned his Commercial Driver’s License, CDL, in 2015, and was an owner/operator of Ludwig Trucking. Cole passed away at the age of 19 as a result of injuries sustained in a trucking accident on September 22, 2016. A hero and generous soul to the end, Cole’s gift of organ donation saved and enriched the lives of no fewer than five people.