OBERLIN – Democratic candidate for U.S. House in Ohio’s 4th congressional district, Janet Garrett, posted on Facebook Wednesday evening that she is “so sick of the disrespect – Jim Jordan has so much nerve.”

Garrett was specifically talking about an incident with Rep. Jordan that occurred on Wednesday during a committee hearing, where he allegedly threw an M&M into another representative’s mouth while meeting about gun violence, with gun violence survivors in their presence.

“Today in committee, my Congressman playfully threw M&Ms across the committee room into the mouth of another Congressman as gun violence victims sit by in protest watching their ‘Public Servants’ ignore their pleas for action,” Garrett said. 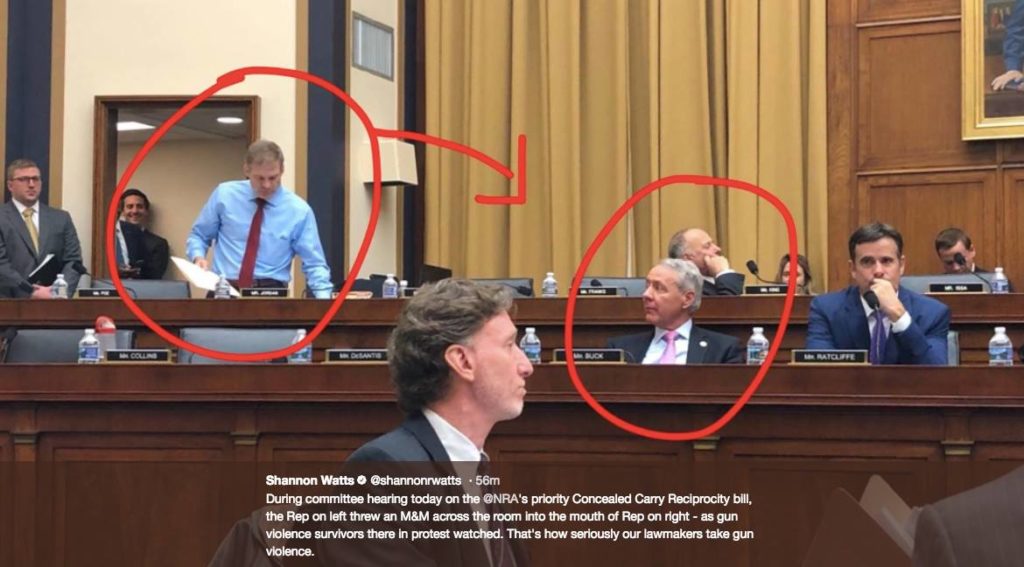 “You’d think not even two months after 500 people were shot in Vegas that our reps would take this issue more seriously,” she added. 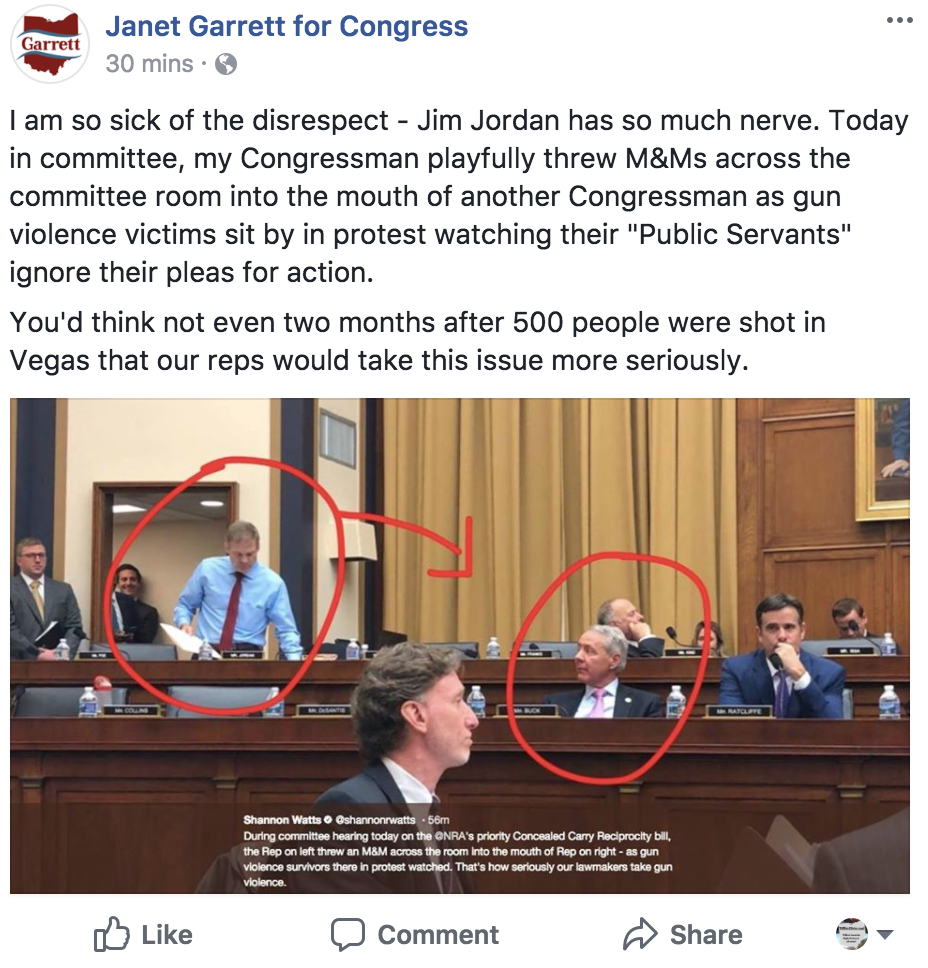