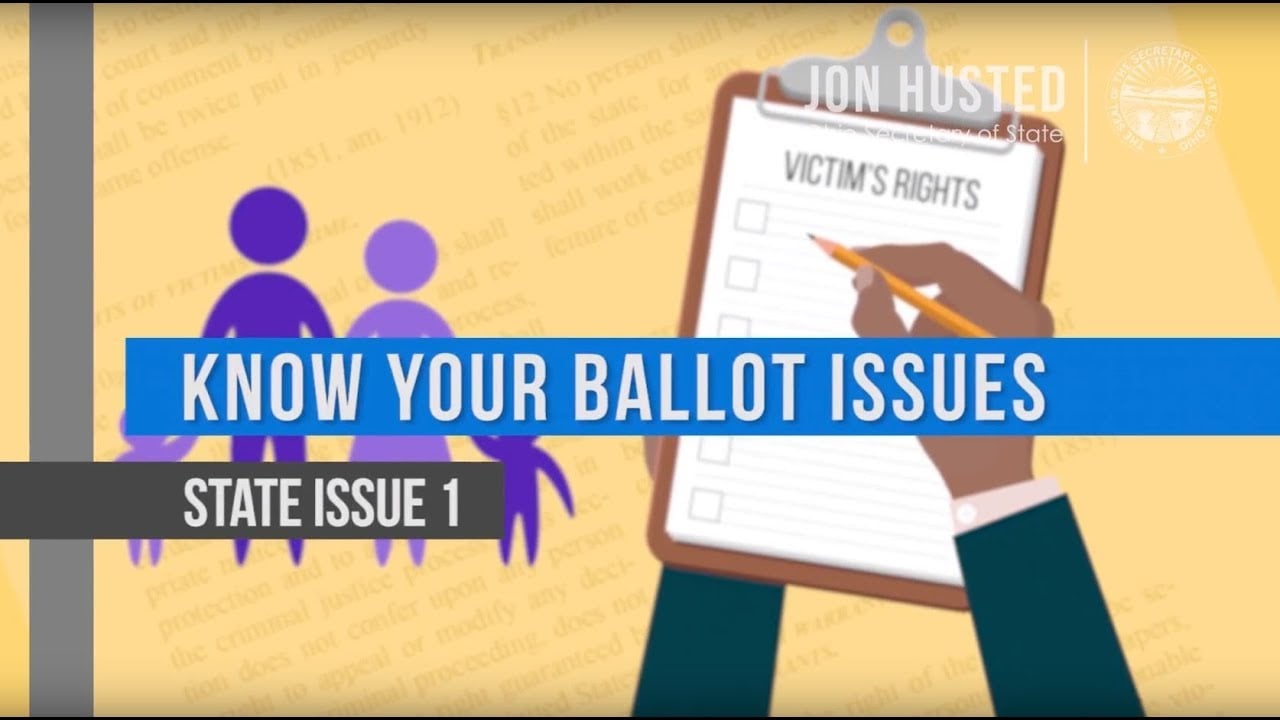 The following is an opinion piece.

According to the Akron Beacon Journal, “Ohio voters will find something unusual about Issue 1. The proposal has brought together the state public defender’s office and the Ohio Association of Prosecuting Attorneys, two perennial adversaries joining in opposition to the proposed constitutional amendment.”

These organizations share our same concern: the proposal suffers from too many flaws and could risk unintended problems.

Therefore, Tiffin, Ohio News and Weather recommends that you vote no on Issue 1 on November 7, 2017.

The ACLU (American Civil Liberties Union) also recommends a “no” vote. Their reasoning sums up our concerns as well:

The ACLU of Ohio urges a “no” vote on State Issue 1, which threatens the fundamental rights of the accused in the criminal justice system. The ballot initiative, the Ohio Crime Victims Bill of Rights (OCVBR) or Marsy’s Law, will amend the state Constitution to erode important due process protections, including prevention of the accused from obtaining evidence and allowing victims to interject at all stages of a trial.

“Our legal system has a responsibility to uphold the principle of ‘innocent until proven guilty,’ and if passed this law will fundamentally change the nature of criminal proceedings,” said Gary Daniels, chief lobbyist for the ACLU of Ohio. “The ACLU fully supports the enforcement of existing legal protections for victims, but this law would negatively impact the accused’s constitutional right to due process. Cooperation by both parties is essential to a fair trial, but this proposed amendment will threaten due process for those still presumed innocent.

OCVBR will allow victims to refuse interviews, depositions, or other discovery requests made on behalf of the accused. Additionally, OCVBR will allow victims to intervene at various phases of the criminal proceedings and eliminate judicial oversight of the victim’s participation, threatening the fundamental rights to fairness and a speedy trial. “The consequences will be felt systemically as well as individually. This initiative will result in longer prison sentences and higher incarceration rates, and will bolster the state’s power over the accused,” added Daniels.

“Ohio’s criminal justice system is already overburdened, and OCVBR will deepen those existing systemic failings. Most everyone can agree that protecting and aiding victims is a worthy goal, and Ohio could do better. However, we cannot achieve that by simultaneously depriving the accused of their constitutional rights,” concluded Daniels.

The ACLU of Ohio stands in opposition to State Issue 1 and encourages a “no” vote.

A majority “yes” vote on the issue would repeal an already-existent part of Ohio law protecting victims’ rights, Section 10a of Article I of the Ohio Constitution.

It would then replace that legislation with a law known as “Marsy’s Law.”

The type of crime victim legislation addressed by this measure is often referred to as a Marsy’s Law. Henry Nicholas, the co-founder of Broadcom Corp., started campaigning for this kind of legislation to increase the rights and privileges of victims. His national organization, Marsy’s Law for All, was the primary sponsor of the original 2008 Marsy’s Law in California and was behind similar 2016 initiatives in Montana, South Dakota, and North Dakota—which all passed—and legislative proposals in Georgia, Hawaii, Idaho, Nevada, and other states. The legislation is named after Henry Nicholas’ sister Marsy Nicholas, who was murdered by her ex-boyfriend in 1983. Henry and his mother were also confronted by Marsy’s ex-boyfriend after his release from prison; they were unaware of his release from prison on bail. Marsy’s Law for All is the national organization that advocates for Marsy’s Law.