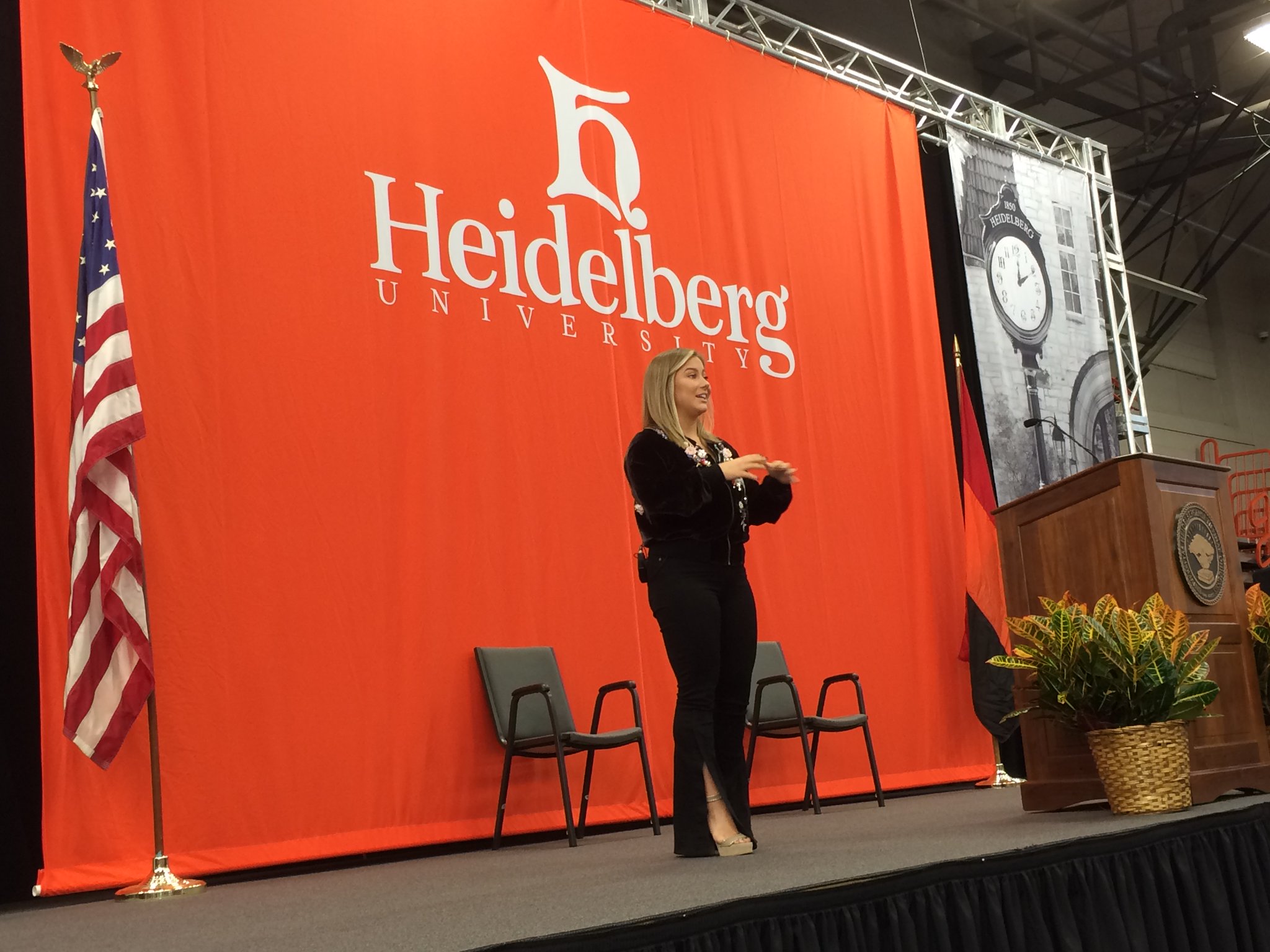 “At the 2008 Beijing Olympics, Shawn Johnson East helped establish the United States as one of the most talented teams in the world, winning the individual gold medal in the balance beam, and three silver medals in the individual all-around, floor exercise, and team categories. In May 2009, Johnson won season eight of Dancing with the Stars, and earned second place on the all-star show. In 2012, Johnson published her book, Winning Balance and announced her retirement from competitive gymnastics following a knee injury. In addition to gymnastics, she is well known for her charitable endeavors, including work with many cancer-related and animal charities,” according to Heidelberg’s website.

Heidelberg’s HYPE program is designed to “bridge the gap between academics and life skills so [students] can stand out in an increasingly unpredictable and competitive world.”

After the keynote in the morning, students attend different sessions that focus on one of the several HYPE Skills, including communication, job searching, collaboration, conflict management, etc.

With HYPE as one of many examples, Heidelberg University continues to establish itself as one of the area’s top private universities.