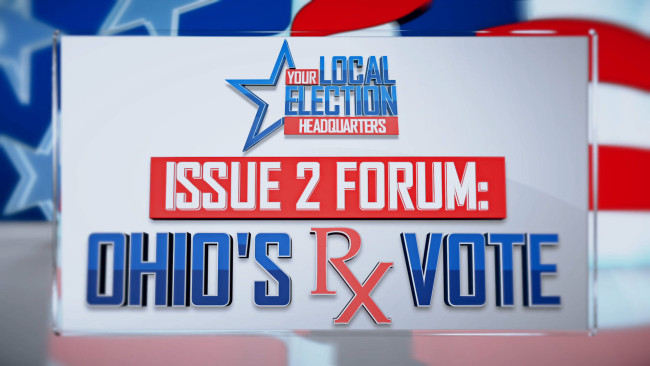 COLUMBUS – Turn on any local television channel right now and you’re likely to see a boatload of ads regarding Ohio’s Issue 2, which gives Ohioans the chance to potentially reduce drug costs by requiring that the State of Ohio and its agencies use their negotiating power to pay no more than what the U.S. Department of Veterans Affairs pays for prescription drugs.

Both the “vote yes” and “vote no” campaigns have provided explanations as to why you should vote either way on this issue.

From the Vote Yes on Issue 2 campaign:

Ohioans pay too much for life-saving medicine.  Drug companies have completely rigged the system so you have to pay more. Washington, DC doesn’t negotiate fair prices with drug companies, so it’s up to the states to enact reforms.  To do that we have to change Ohio law and vote YES on Issue 2.

And this measure is simple.  Issue 2 changes Ohio law to ensure we pay the lowest known price for medicine.  Ohioans would save $400 million, which could help fund schools, police departments, and cut taxes.  Instead, that money goes to drug companies.

Meanwhile, Ohioans face the very real possibility that drug companies will keep driving up the prices on medicines needed to treat everything from asthma to cancer until they become too expensive for you to afford or insurance to cover.  These are the same drug companies who fueled their profits by over-prescribing opioids, getting Ohioans hooked, killing our kids, and destroying our communities. These are the same drug companies spending millions of dollars to get you to vote against this issue – all so they can protect their profits.

You might ask why our elected leaders don’t pass a law and solve these problems. Politicians make promises they never keep.  They say they’ll lower the cost of healthcare, but then the lobbyists and political donations come, and our costs don’t go down – they only go up. So here’s your chance to change that.  You can hold politicians and drug companies accountable even while they threaten to retaliate against us.  They say they’ll hurt veterans and raise prices on senior citizens.  But you can stand up to them.  Take the power into your own hands.  Join doctors, nurses, and veterans from across Ohio and bring change that is desperately needed. Vote yes on Issue 2.

From the Vote No on Issue 2 campaign:

Issue 2 is a deceptive and vaguely-worded proposal funded by a controversial California health care CEO.  It imposes a regulatory scheme for state prescription drug purchases that experts say is unworkable and warn could actually increase drug costs.  Issue 2 also gives its sponsors the unprecedented right to intervene in legal challenges to the regulation and requires taxpayers to pay their attorneys fees, win or lose.

While leaving out two thirds of Ohio’s population altogether, Issue 2 mandates that state government pay no more for prescription drugs than the federal Department of Veterans Affairs.

Disclaimer: The above excerpts are statements from campaigns and do not represent the views of TiffinOhio.net or its affiliates.